Maritime employers urged to act after spate of stabbings at sea

Nautilus is backing calls for shipowners to urgently implement conflict resolution and anti-bullying guidelines, following three knife attacks at sea in as many weeks.

The incidents were highlighted by the international maritime charity Sailors' Society, which runs a Wellness at Sea programme that includes training on crisis resolution.

Sailors' Society CEO Stuart Rivers said: 'The tragic news that two people were killed onboard a vessel in the Indian Ocean, and six people are missing, is the latest in a spate of stabbings at sea and our thoughts are with those affected.'

Other recent knife attacks include an incident on 28 January that saw three seafarers injured in an altercation off Guyana, and on 4 February, when a seafarer was stabbed onboard a tanker, 300 nautical miles from the French island of Réunion.

'We are urging shipowners to embrace conflict resolution training to make sure needless tragedies like this don’t happen again,' stressed Mr Rivers.

Nautilus professional and technical lead David Appleton commented: 'While the circumstances of these deaths is unclear, Nautilus hopes shipping companies are paying attention to guidelines which the Union helped draw up on bullying and harassment of crew, as well as the amended MLC guidelines on crew safety and welfare, which set out what the companies' policies and reporting procedures should be.'

In most cases violence would be covered by the company’s disciplinary procedures unless it was a criminal act where flag/port state would get involved, he added. 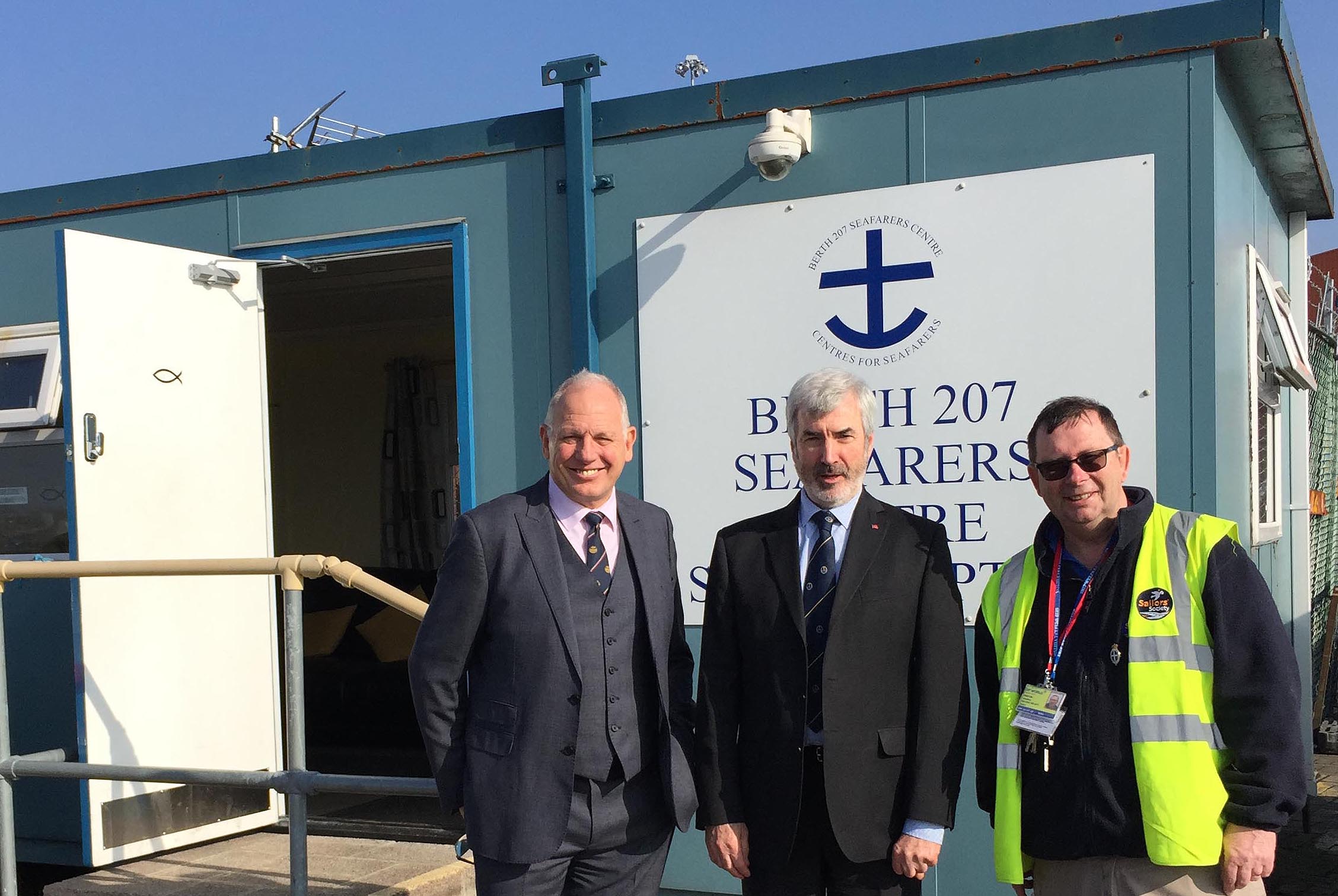 The Sailors' Society carried out the refurbishment with a grant from the (MNWB). The portacabin offers seafarers respite and access to support and free WiFi when they can not easily reach city centre amenities due to limited shore leave and quick turnaround times. Southampton port handles around 14 million tonnes of cargo annually.

Deputy CEO, Sandra Welch, commented: 'We all rely upon the world’s 1.6 million seafarers to transport 90 per cent of the goods we use on a daily basis.

'Working at sea and being away from home for months at a time can be incredibly tough, so it is great to be able to offer seafarers a welcome change from the busy port environment and help them stay in touch with their family and friends. We’re incredibly grateful to the MNWB for enabling Sailors’ Society to provide this service.'

Guidance for Nautilus International members on recognising and tackling bullying and harassment in the maritime workplace.

NMOHSC guidelines to shipping companies on threats against passenger crew

How maritime employers should ensure that all staff, contractors and passengers can work and travel in an environment that is free of violence and aggression.