Members who have just filed their 2019/20 tax returns may not be aware of potential pitfalls around Seafarer Earnings Deductions (SEDs) for the coming year, with many unable to travel due to Covid-19 restrictions. Rob Coston outlines the problems – and how your Union is seeking clarity

Nautilus has been working hard to lobby the government for a solution to the 'tax bombshell' that some seafarers could face at the end of the 2020/21 tax year.

The Seafarers' Earnings Deduction (SED) grants seafarers the right to claim 100% tax exemption on their foreign earnings when they have spent the appropriate amount of time working outside the UK. According to SK Tax, qualifying will depend on the pattern of days spent in and out of the country.

Those who are trying to establish their qualifying period and who have been forced to stay at home due to the pandemic may therefore miss out and face an unexpected tax bill on their earlier income.

Following a Nautilus survey, it was estimated that up to 11,000 UK seafarers were unable to work during the first lockdown in March 2020. For some this was due to international travel restrictions preventing them from joining their ship, and for others, especially those in the cruise and ferry sectors, it was because their companies were unable to continue operating.

The Union's lobbying on the issue has included a 'write to your MP' campaign, which led to the matter being raised in several parliamentary questions.

Nautilus general secretary Mark Dickinson raised SEDs in meetings with the outgoing Maritime Minister Kelly Tolhurst MP and her successor Robert Courts MP. Nautilus has also engaged with government officials and provided wage data to support the case for an easing of the qualifying days due to Covid-19.

Nautilus is continuing to work hard to secure a solution to this extremely important issue. However, despite a clear view from the minister that seafarers as key workers were deserving of support, concessions have not yet been secured from the Treasury.

In the meantime, Nautilus recommends members with concerns over their tax status should speak with a specialist tax advisor for assistance.

Members who pay tax in the Netherlands can use the Netherlands trade union confederation (FNV) tax service. FNV experts can provide free help in filling tax forms and making sure members do not pay too much tax.

Members who are taxable in Basel-city and Basel-country can get help completing their tax returns from the Basel branch office. Discounts are available for Nautilus members. 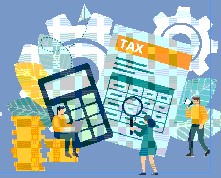 Have you thought about…?

Calum Smith, a tax advisor at Marine Accounts shares some advice on the SED.

What type of evidence do I need?
It's your responsibility to demonstrate that you were outside of the UK, so it's vital that you keep as much evidential documentation as possible in case HMRC asks you to substantiate your claim for SED. Proving you were outside the UK at exactly midnight on any given date does come with its challenges, but the following list of documents will help:

The above list in not exhaustive. Add any document which assists in confirming your whereabouts on any given day to your records.

If I have another job in the UK, will this affect my claim?
No. You're entitled to spend a little less than half of your time in the UK, and there's nothing to stop you working here or elsewhere when not employed on a vessel.
Your land-based income won't qualify to be declared under the SED, but you're still able to claim your tax-free personal allowance (currently £12,500), so anything up to this amount can be declared with no tax to be paid.

Can I attend college while claiming SED?
Yes. You can study alongside your employment and continue to claim. However, if you're being paid to study, this income will not qualify.

Members can find further information on personal finances by logging in to My Nautilus and visiting Financial Services.

Financial issues: help is just a call away