In summer 2020, numerous Nautilus members took part in a Solent University study on how the Covid-19 pandemic was affecting UK seafarers – looking particularly at the financial impact of the disease. The initial results are now in, and there are already some useful insights, as Sarah Robinson reports. In addition, there were three other academic studies in 2020 on the impact of the pandemic on seafarers' wellbeing around the world - scroll down to find out more

The forgotten keyworkers: challenges faced by British seafarers during Covid-19

Although British seafarers tend to be well paid in comparison with the national average salary, they are often subject to employment practices that leave them vulnerable in times of trouble.

Temporary contracts and non-standard tax arrangements are two issues which have many times led Nautilus members to seek help from their Union, and there is now academic research available with evidence of the harm these are causing during the pandemic.

The new data comes from the preliminary findings of the 'Forgotten keyworkers' study led by Dr Helen Devereux and Dr Emma Wadsworth at Solent University with support from the UK Merchant Navy Welfare Board and (in recruiting participants) from Nautilus International.

The findings were presented in November 2020 at an online conference organised by World Maritime University (WMU), titled Understanding the Effects of Covid-19 on Seafarers.

Set-up of the Solent University study

At the time Dr Devereux and Dr Wadsworth were seeking participants for the study in summer 2020, they could hardly have predicted that the crew change crisis caused by the pandemic would still not be resolved at the beginning of 2021, nor that furlough and redundancies would have remained such important issues for maritime workers.

However, they had some inkling that the troubles would not be over soon, as they set up the research as a longitudinal study, and there will be a follow-up questionnaire in the next few months.

The first research questionnaire was completed online by 216 respondents in July and August 2020. Participants were British seafarers of all ranks and employed across the various sectors of the industry. Most of the data collected was quantitative (statistical), but there were also opportunities for participants to contribute qualitative data, with opportunities to write freely about their experiences.

The study found that the way individuals were employed made a significant difference to their experience of the crew change crisis – in which thousands of seafarers were stranded at sea beyond the end of their contracts or stuck at home waiting to start a tour of duty because pandemic restrictions meant that they could not leave or join their vessels.

In the survey, more seafarers with permanent contracts reported being able to join their vessels as normal: 40% compared to 10% of those with temporary contracts. Could this be because those companies offering the security of permanent contracts were also those willing to go the extra mile to resolve problems with repatriating their seafarers and arranging crew relief?

Meanwhile, fewer seafarers with permanent contracts had seen their pay stopped when they could not join a vessel as scheduled: 3% compared to 17% of those with temporary contracts.

Impact on career prospects at sea

The survey next looked at whether participants' experiences during the pandemic had affected their feelings about their work, and again there was a significant difference between those on temporary and permanent contracts.

Fewer seafarers with permanent contracts reported being more likely to leave the industry: 11% compared to 23% of those with temporary contracts.

The financial implications of the pandemic for UK seafarers have become increasingly evident as the months have gone by, with particular challenges in passenger shipping as the cruise industry ground to a halt and tourist traffic on ferries went into a sharp decline. Many of those who were initially retained in employment (usually on 80% of their salary) thanks to the UK government's furlough scheme are now finding themselves facing redundancy as their company's income is not being restored as originally hoped for.

As previously reported in the Nautilus Telegraph, many UK seafarers in all sectors have found themselves facing an unexpectedly large tax bill as they stay at home rather than joining their ship – either on furlough or because of the crew change crisis. If UK workers are on a reduced tax rate that requires them to spend a certain amount of days out of the country each year, they are required to pay more if they do not meet their quota, and it was a concern of some participants in the Solent University study that they would be hit with a tax demand they had not budgeted for.

Other financial issues related to unemployment, underemployment, and difficulties accessing government financial support due to the nature of a seafarer's contract:

'The furlough scheme [should] apply even during the months of leave (my yearly salary is paid in 8 months of contract not 12 calendar months). Having the 80% of the basic salary paid only during the months that I was supposed to be in deployment does not help to pay the bills. I have lost two months of wages already.' Hotel department, cruise ship

'I had a job offer withdrawn in April. I spent 3 months unemployed before being offered a temp contract with another company, but at approximately 50% of my previous salary.' Deck officer, general cargo

'I have now had to seek additional employment to cover costs whilst I wait to be offered a new contract at sea, whenever that may be.' Entertainment department, cruise ship

All the issues raised in the first Solent University questionnaire will be revisited in the longitudinal study's next survey, and further analysis will be carried out to feed into the industry's efforts to survive the pandemic and build more resilience for future crises.

As well as hearing findings from Solent University's finance-focused study, the World Maritime University conference heard from three other research groups who had looked into the physical and mental wellbeing of seafarers during the pandemic. 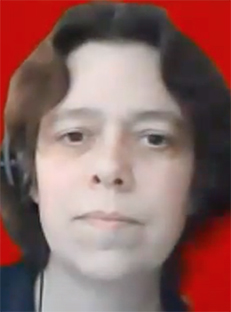 Seafarers' Experiences During the Covid-19 Pandemic

Having recruited 671 respondents from around the world, the study aimed to answer three research questions:

When asked what the effects of the pandemic had been on their vessels, 73.6% of participants said that the crew change crisis had affected them to a very high extent, and nearly half reported pandemic-related problems with interaction between ship and shore. These two issues were also identified as the participants' main concerns in the last seven days, along with 'situation on board (incl workload, conflicts, leadership, emotions'.

In the questions about mental health, a notable finding was that 56.9% of respondents said they were 'Always worrying about something' several times or almost every day. And in the exhaustion category, over 50% responded in at these two highest levels when asked if they felt exhausted, felt very tired at work or had experienced sleeping problems.

Reports on support received were polarised, with around a quarter of respondents strongly agreeing they had received enough support and a further quarter disagreeing. When asked what type of support they wanted, the seafarers' number one answer was Organising crew changes, followed by Policies: establishing best practices, clear, simple and consistent rules; Internet and communication; Change of negative attitudes towards seafarers, recognition as key workers; and Getting supplies, incl. PPE, medicine, personal supplies. 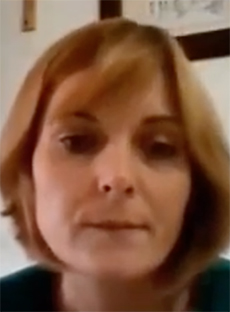 How Does the Covid-19 Pandemic Reflect on Seafarers' Well-being?

The findings of this study were presented by Dr Ana Slišković (pictured) of the University of Zadar, Croatia. As qualitative research, it gathered views and experiences from the participants rather than statistical data. Responses were given online from around the world in April and May 2020, from seafarers at home as well as those onboard their vessels.

A typical response from a seafarer onboard ship was as follows: 'Loss of motivation, loss of work productivity. Constantly depressed. Very bad emotional state. Can't sleep. Horrible state of mind during navigation watch and cargo operations, loss of concentration as a result.' Several seafarers also reported anger with the authorities who were supposed to be upholding their rights to crew change and repatriation.

Many of the seafarers taking part from home had become unemployed due to the pandemic and were concerned about how to support their families in future. A typical response was: 'I feel frustrated, and already feeling depressed because my affected financial status… I'm sole provider and being without any means to provide for family at this time leaves helpless and then frustrated, angry, anxious combined with only negative feelings rather than positive since I'm home with my loved ones.' 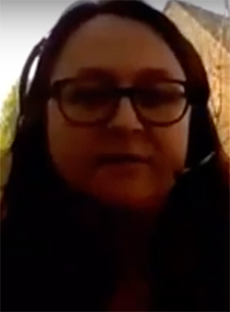 This study was led by Joanne Stokes (pictured) and Dr Volkan Arslan of Lloyd's Register, with support from the UK Chamber of Shipping, the Mission to Seafarers and Safety at Sea magazine.

The aim of the survey was to understand how Covid-19 has affected seafarers’ and land-based workers’ mental and physical health, and how the maritime workforce has been supported during this challenging period – gathering insights about the level of care and welfare given by marine employers. The researchers also set out to establish 'what’s gone right and what may have gone wrong so we can share these lessons with the entire industry'.

Both quantitative and qualitative data were gathered by the researchers, and after extensive surveying, they concluded that the following key lessons should be taken away by employers and governments:

Presentations on all these studies can be viewed in the hour-long recording of the November 2020 WMU online conference.

Financial issues: help is just a call away

'No financial imperatives' for employers to get crew home

A career site for seafarers