Former inland navigation worker Heidi Fritz was congratulated for her 30 years of Nautilus membership as the Swiss branch meeting got underway in Basel. 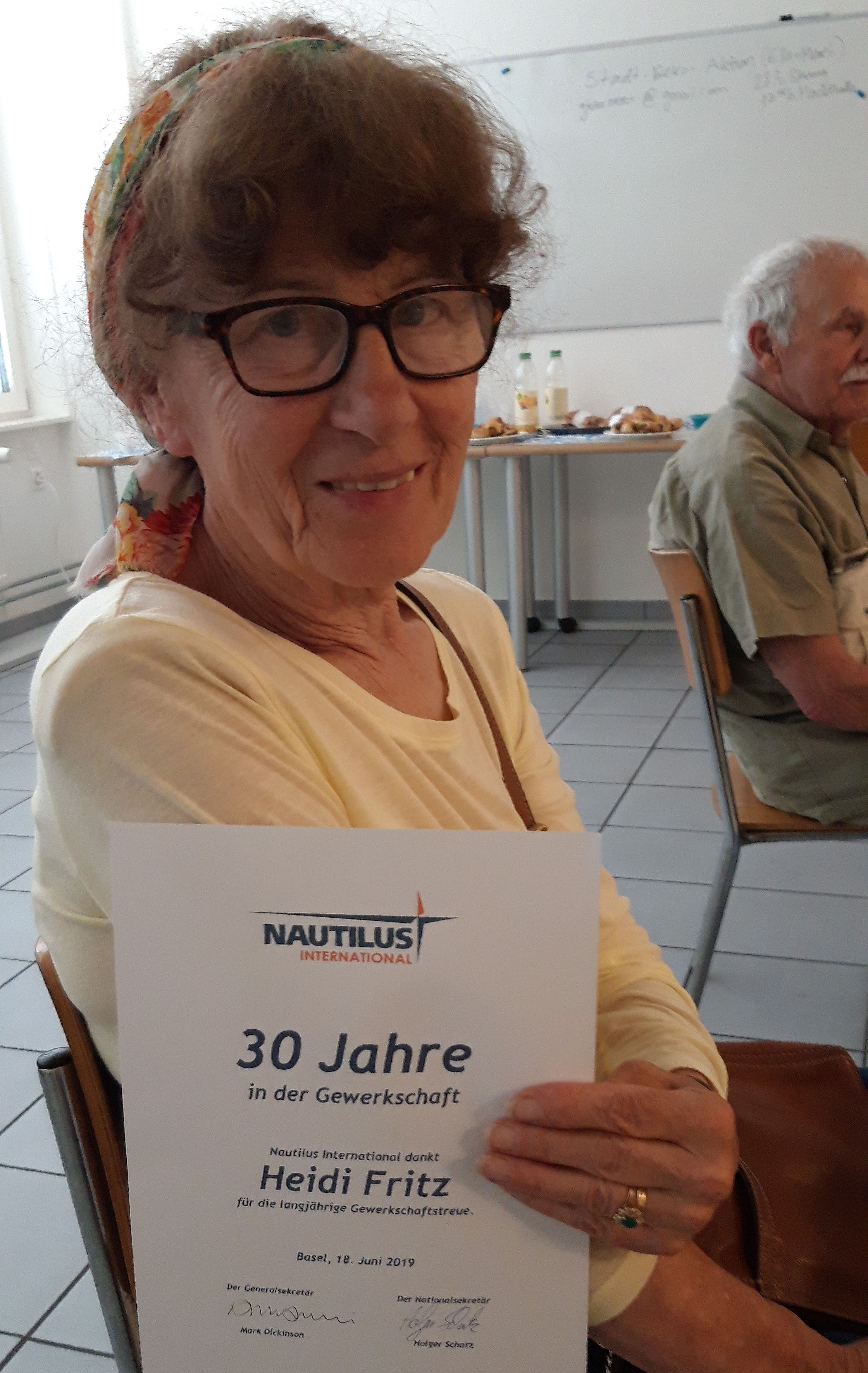 Long-standing Union membership runs in the family. Mrs Fritz worked on the same vessel as her husband, Captain Albert Fritz, who has been a Union member for six decades.

All full Swiss members were also reminded it was not too late to sign up to the General Meeting in Rotterdam in October. 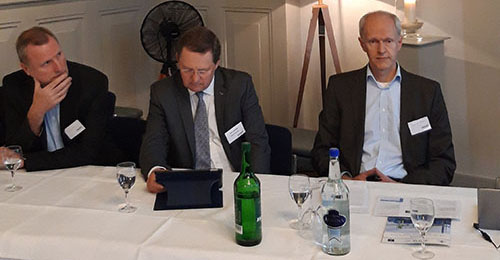 A symposium on the future of careers on the inland waterways took place in the afternoon.

Speakers included Mr Dickinson, a Rhine engineering professional, and a speaker from German research institution the Development Centre for Ship Technology and Transport Systems based in Duisberg.