Nautilus International has taken a further step forward in its programme to upgrade and expand its welfare services for former seafarers and their dependents with the official opening of new residential facilities at Mariners' Park in Wallasey.

Built with the support of a £600,000 grant from the ITF Seafarers' Trust, the independent living apartments all meet the latest standards for accessibility, and each have a balcony or patio and an en-suite wet room, as well as an open-plan fully-fitted kitchen.

General secretary Mark Dickinson said he was proud to see the latest development in the 162-year history of the Union's welfare work. 'We are rightly proud of our past, but we have never sat back and rested on our laurels,' he added. 'Mariners' Park bears witness to the process of constant change and reassessment to ensure that we deliver not just quality services, but services that meet the real, changing and increasingly complex needs of our retired members and their partners.'

Katie Higginbottom, head of the ITF Seafarers' Trust, said the charity was delighted to support the new development. 'My mission in the Trust is to learn from great examples such as this, and to do more work with unions to improve seafarers' welfare around the world,' she added. 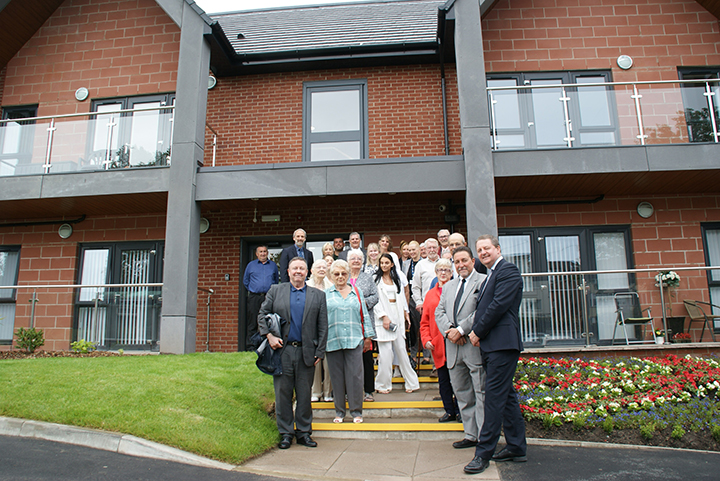 John Fay served with the US Coast Guard and in the US merchant marine before coming ashore to work for the Seafarers International Union (SIU) and he went on to become its executive vice-president. He also served as president of the ITF seafarers’ section between 1995 and 2000.

'I can’t begin to put into words the thanks and gratitude of the family,' his son, John Fay Jr, said. 'This really is a great honour for my dad.'

Two of the apartments in the new block were built with a donation from the Aged Veterans Fund and are reserved for merchant seafarers who served alongside the Armed Forces at times of conflict or during national emergencies.