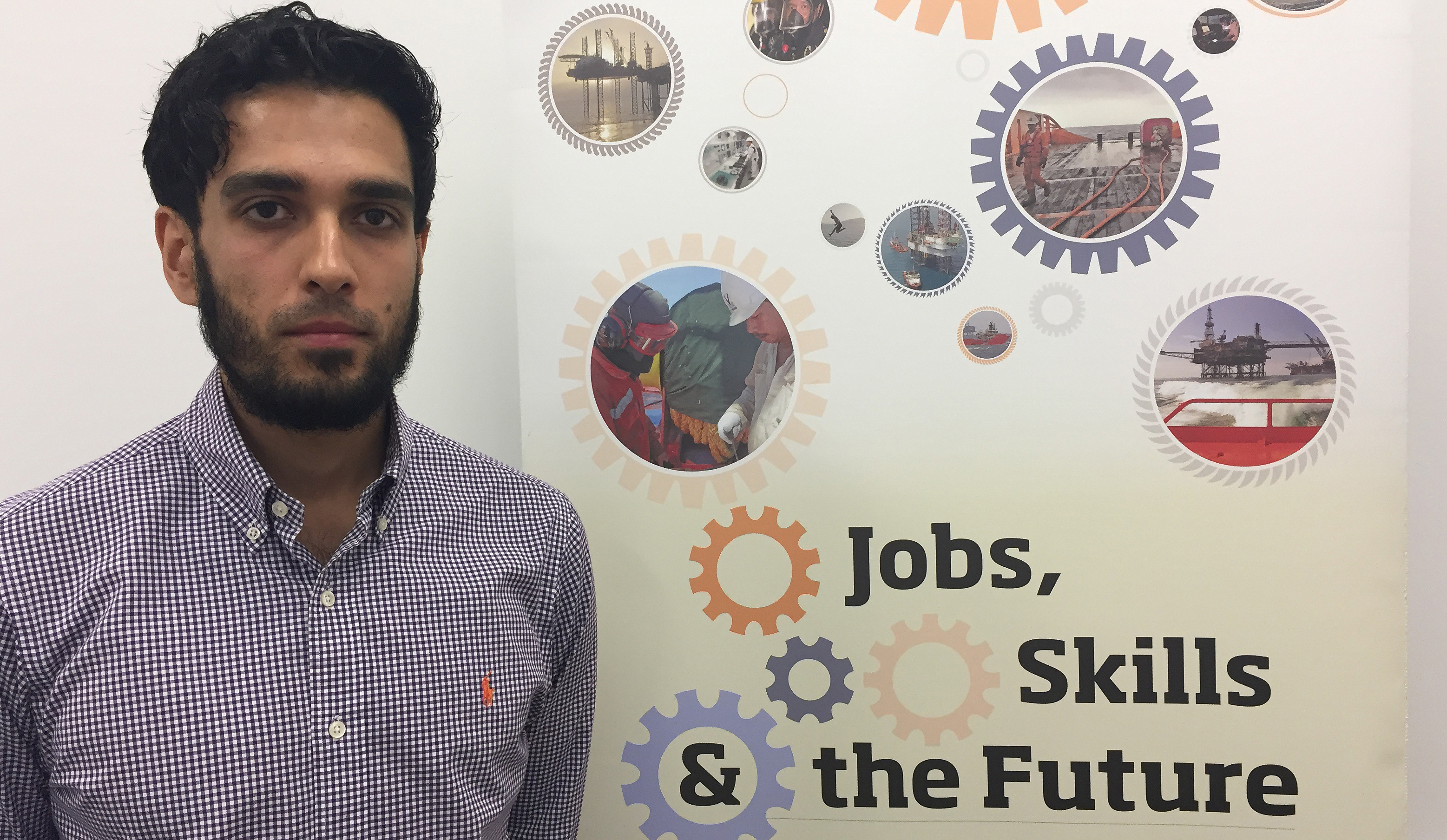 Biography:
Bari spent a number of years at sea, having trained as an engineer officer at the Warsash Maritime Academy on the south coast of England. However, with a glut of officers in the ranks above him, the prospects of progressing through the ranks in the traditional manner appeared closed to him. Making a major decision, Bari braved a different route to help him progress.

I first applied to go to sea and accepted an oil major's offer in 2006. I studied at Warsash Maritime Academy on the south coast. I then sailed as a junior officer for about five years before deciding to take an early career change by going back to Warsash to study for a marine engineering degree and then accepting the graduate trainee surveyor programme for the Maritime and Coastguard Agency, which I completed this year [2017].

I initially decided to go to sea after watching James Bond with Daniel Craig. I saw the Aston Martin DBS and saw there and then that I needed about £90k to go out and buy this car.

A friend of mine's sister was a deck officer and he told me about a career at sea – and the way he sold it to me was that within five years you could be earning £90k a year and buy the dream car and house, and just move on from there.

This is a respectable career; and honourable career – something that my parents would be proud of – and if it pays well then why not?

After I successfully completed my course and moved into the main fleet, I stayed there for four or five years. I only sailed in the junior ranks whilst studying to become a third [officer]. However, promotions were very slow at the time in the industry because of the lack of SMarT funding. Support for Maritime Training was reduced for the higher tickets and there seemed to have been a glut of officers passing the engineering side. For me it was disheartening to think that I would struggle to progress because of the number of excellent officers that were ahead of me and not moving on. I decided then to change my direction because I found that there would be more opportunities by making an early career shift with the intention to then go back to sea to finish it [the sea time] off.

That's why I decided to quit whilst I was onboard and then go and study for the degree. Before then, I was told by all my lecturers, do your sea time and then come back into higher education.

I always wanted to go into higher education but the conventional university route didn't sit well with me. The courses didn't reflect what I wanted to do and I couldn't see the long-term goal or intention in it. Also, the debt didn't appeal at all.

I didn't want to lose the best part of my 20s just hoping to be supported in my ambitions for doing my degree and progressing through the ranks.

When I was at sea there were cadets coming through the system. A lot of people would either decide to stick it out or just complain about a lack of promotion or a lack of study leave available. I decided that I didn't want to just talk about it. If you're willing to commit and put yourself out there and seek the opportunities, then they are out there.

At the time other officers were shocked as to what I was doing. The chief engineer couldn't understand it as to why you'd just throw your career away like that. The captain was concerned if there was bullying onboard but I had to explain to them that if I'm not happy where I am then I need to move on and progress in a way that will keep me happy and motivated.

It was a bold decision to – in a way – leave the industry and go unemployed but it was the right decision to take. Seeking happiness in what I was doing and being content was more important to me.

When the opportunity arose at the MCA I initially didn't want to take it forward. I wanted to join superyachts – again for the money and the lifestyle. I also hadn't finished my degree at that point in time and it was other friends who told me about the graduate trainee surveyor programme. I didn't have any expectations when I went for the interview and was totally relaxed. It turned out to be an excellent decision and transformative decision and life-changing one for me also.

I think if people are happy with their lifestyle and their home life and where they are onboard then I wouldn't advocate changing for the sake of it. But as people progress and times change I'd say then if you want to understand shipping from everybody's point of view then the opportunities are there.

When I've talked to other officers and cadets then there is an issue where the lower ranks get flooded with new recruits who then are doing jobs above their paygrade. It's not something I've witnessed myself but others have. It's a bigger issue as well for society that we live in and for government to address.

It's important the infrastructure is put in place to allow people to progress, to thrive and to give back to the industry and to society what has been given to them.

The lack of understanding of how to progress to the higher ranks is a stumbling block. That's why I decided to quit early and make the move I did. Without understanding why people are making decisions and the way in which those decisions are being made then it's hard. I think it's missing from colleges and teaching as well.

What was missing for me at the time was information on how to progress from third engineer to second engineer and then to chief engineer and where, how and when those decisions to move people up were made and why.

I think the education side of the industry could be improved to help people understand the long-term prospects of the industry. For me at the time that lack of knowledge really pushed me to change direction.

I'm at the MCA and there are a lot of opportunities there. My intention is to go back to sea and obtain my higher tickets and see how far I can progress in that manner. However, how and when that happens is still to be determined.

I'm not sure that that the issues about progression in the maritime industry will be addressed for people coming through the industry. From my point of view, having seen the industry from multiple roles and points of view is useful. It helps me a lot and gives me confidence to get back to sea. Having these experiences should put me in good stead to go back to sea and hopefully get to chief engineer as well.

Knowing what I know now, then I think the advice I'd give – if I could – to a younger me would be to make the change and go for it. If you get promoted too early then that can be an issue as well. In terms of progression because of the demanding environment – that requires people to make critical, holistic and sensible decisions – it's important that as well as people being trained academically and practically for what they have to do, that they also understand why they are doing it and the bigger picture of that action.

Just because somebody has a higher ticket doesn't actually mean they are ready for that rank or role. It's from experience of seeing others who have been promoted too soon and then we have things like cranes being ripped out of decks or other safety critical things happening because people have been promoted too quickly. People should also be supported in their progression through the ranks so they can make effective good decisions.