Locating the litter – how seafarers can report marine garbage for cleanup

To deal with the rubbish cluttering our oceans, we need a thorough understanding of where the problem is at its worst. Rob Coston reports on an app that enables seafarers to report their encounters with waste so that cleanup efforts can be more effective

Imagine how easily your local council could improve the neighbourhood if they knew exactly where to find all the rubbish and waste. 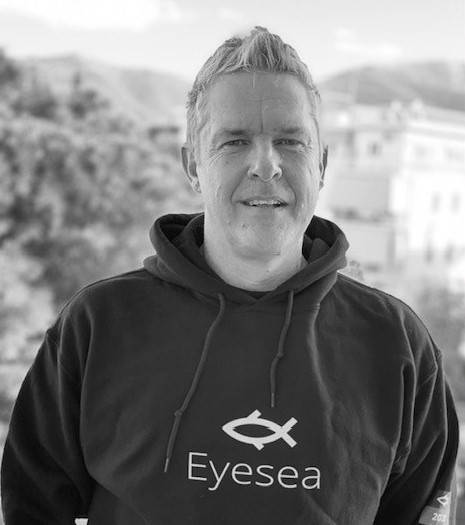 A new non-profit is trying to achieve exactly that – but for all the world's oceans.

'If you walk along a beach, whether it's in India, New Zealand or the Isle of Man, you find pollution there,' says Graeme Somerville-Ryan. 'It occurred to me that

there's a lot of pictures of marine rubbish on the internet, but few people put a location on them, and there is also very little public data and analysis on marine waste either.

'So why not ask seafarers, the people who are out there every day, to post their pictures on a combination of Instagram and Google Maps so that we can start to understand the nature of the problem?'

Universally seafarers were saying "we sail around in people's rubbish, we're sick to death of this. We can't do anything about it, but at least now we can report it." Graeme Somerville-Ryan, co-founder, Eyesea

This idea led Mr Somerville-Ryan to co-found Eyesea with other maritime industry veterans. Eyesea is an app that allows seafarers, recreational sailors and fishers to contribute to a database of rubbish in the world's oceans. It will be particularly helpful for blue water waste, which seafarers can spot from their vessels but is otherwise hard to track (even by satellite).

'We went out to a few shipping companies and almost everybody bought into this straightaway,' says Mr Somerville-Ryan. 'The response we had was amazing, especially from operations guys who had been to sea. We were effectively just walking around with two pages of notes, but within two weeks we had 800 ships who were going to take part, all through their help.'

The response from serving seafarers was yet more positive.

'We had an even more vehement response – universally they were saying "we sail around in people's rubbish, we're sick to death of this. We can't do anything about it, but at least now we can report it." Once we have that geotagged pollution data, we can then use the reach of the shipping industry to try and do something there.'

In August 2021, the project went live, with 20 diverse organisations involved, including NSB, the Bahamas and Isle of Man flags, Hamburger Lloyd, Bernhard Schulte and Fraser Yachts – some funding Eyesea, all promoting the app to their seafarers – and responses have come in a whole range of vessels. Already the anecdotal reports of seafarers consulted by Eyesea are being supported by the evidence, with waste including ghost nets, containers and wrecks identified globally.

From data to action

'I don't want seafarers to actually recover pollution,' says Mr Somerville-Ryan. 'It's dangerous, and puts unfair expectations on the people at sea. Instead, the data they can supply via the app enables someone else to come up with a better solution to the problem.'

The organisation is already in discussions with companies – including well-known global firms – to supply data that can guide their efforts for ocean cleanup. 'People cleverer than us see the potential of this kind of data. They have big ideas, but what they need is access to seafarers and the responses only they can provide.'

How to report ocean waste

The Eyesea app is being promoted by partner shipping companies, but anyone can use it and contribute – from professional seafarers to recreational surfers and sailors.

The app is available to download from the App Store (iPhone) and from Google Play (Android).

Once downloaded, it takes just a few seconds to log waste. Simply tap the camera icon to take a picture, add a tag to identify the type of pollution, and mark the location on the map.

The process is completely anonymous to protect seafarers and ships.

Turning off the garbage tap: the next step in Ocean Cleanup's mission to eradicate waste plastic from the sea