Repairs are nearing completion for the historic Merchant Navy memorial to seafarers in London.

Repairs are nearing completion for the historic Merchant Navy memorial to seafarers in London.

While they won't end until mid to late November, they will not affect the wreath laying ceremony for UK Remembrance Sunday on 10 November 2019, at which Nautilus will be represented by general secretary Mark Dickinson.

Nautilus will also be represented at the Sunday Westminster Abbey service, and at various Armistice Day ceremonies on 11 November by members and staff throughout the UK, including at the Union's Merchant Navy retirement complex at Mariners' Park in Wallasey.

Refurbishment work on the 91-year-old First World War section of the Tower Hill memorial was started in May 2019 by the Commonwealth War Graves Commission (CWGC). The work has been addressing signs of crumbling from age - particularly the staining and water damage seeping from the roof. 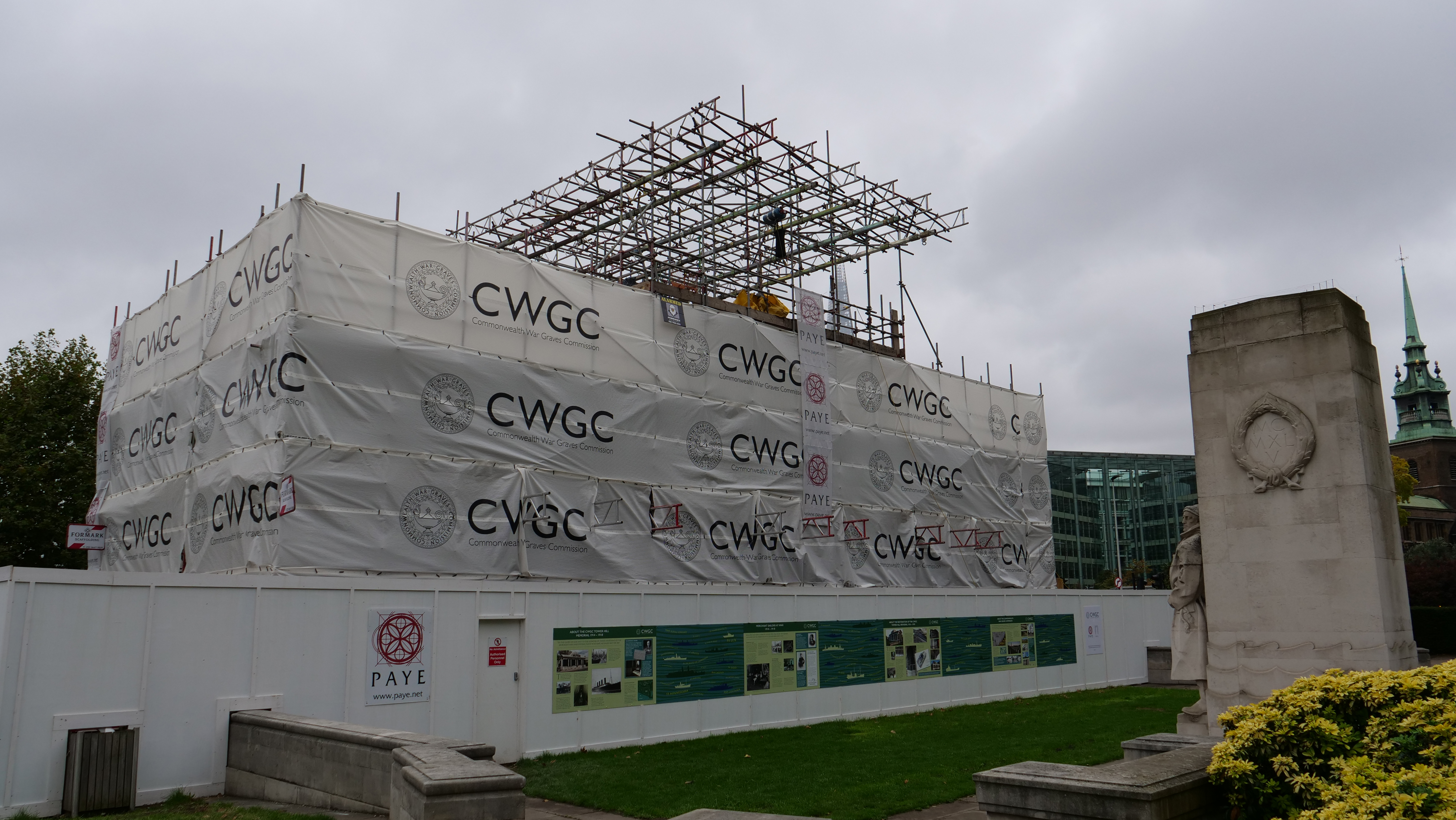 Repair work would not normally take place on a Sunday, but the CWGC has also been liaising with relevant groups to minimise any potential disruption for the commemorations, although the hoarding will likely be covering the memorial for another few weeks.

Restoration of the First World War section opposite the Tower of London has involved removing all the affected stone and adding a new waterproof layer, using modern materials to prolong and preserve the life of the structure - which opened in 1928.

Designed by Sir Edwin Lutyens, the structure bears the names of 12,000 Merchant Navy servicemen and women who died during the First World War.

It is one of a pair of adjacent memorials at Tower Hill commemorating 36,087 sailors from both world wars.

The second is the Merchant Seamen's Memorial, the Second World War extension designed by Sir Edward Maufe and unveiled in 1955.

A third memorial nearby is a sundial - not built by the CWGC - which commemorates merchant and Royal Fleet Auxiliary sailors killed in the 1982 Falklands War. That was added in 2005 in the grounds of Trinity House at Tower Hill.