Placing seafaring back at the heart of global history

How Maritime Trade and the Indian Subcontinent Shaped the World, by Nick Collins 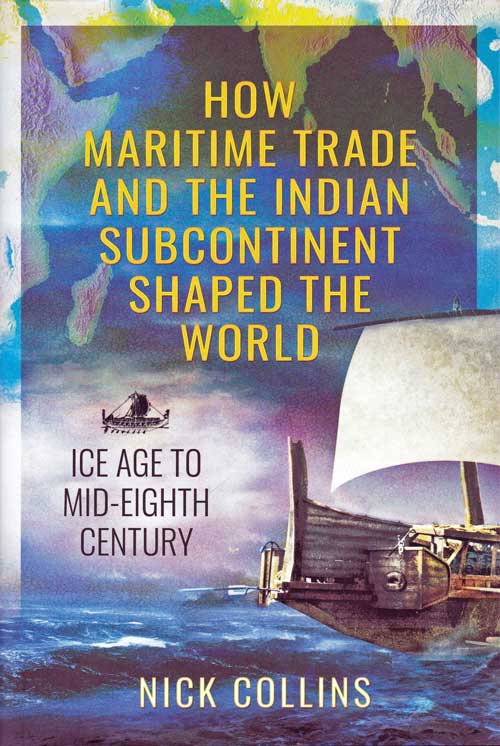 'Today's shipping industry is one of the least visible to the public,' he says. 'As volumes surge, it has slipped below most people's radar, yet 95% of raw materials and manufactured goods are transported by sea.'

He adds: 'Loading and discharging of seaborne trade is now out of sight and out of mind, or worse, considered dirty and polluting. … In contrast, the 17th to 19th century British and 17th century Dutch were acutely aware of how their fortunes and technical advances were directly linked to maritime trade. So were all ancient maritime societies described in this book.'

And so begins an epic tome that sets out to put merchant shipping at the centre of world history. Covering the Ice Age to the mid-eighth century, How Maritime Trade and the Indian Subcontinent Shaped the World is the first of three histories aiming to show how different parts of the world were linked together and learned from each other through seafaring.

Collins draws on a wide range of sources for his work, and acknowledges that many good histories exist of particular maritime cultures, such as the Phoenicians and Greeks in the Mediterranean. But he is concerned that many connections between cultures have been overlooked – particularly those connections with the Indian subcontinent.

In particular, he is at pains to point out that a period often described as the 'dark age' in Europe was a time when Indian learning, culture and economic development was flourishing, and that maritime activity enabled this to influence the rest of the world.

Much earlier in human history, he argues that seafaring would also have helped to spread the Indo-European family of languages.

Historians all have their own perspectives, and it's not uncommon to claim that a book sheds new light on a familiar subject. But in this case, the subject isn't even particularly familiar to the general public, so whether Nick Collins has really done something new is beside the point.

This is an interesting work, ambitious in scale but accessibly written and divided into manageable chunks. It provides a fine foundation of knowledge about early maritime history, and will surely encourage readers to return to the author when he brings out his two upcoming books covering later periods.