Safe language? English may be mandated in Norwegian waters

Unions are questioning a Norwegian Coastal Administration proposal to mandate the use of the English language in Norwegian waters, writes Andrew Draper

A proposal to make the use of English mandatory in radio communication for ships over 500 GT in Norway – even when one Norwegian is speaking to another Norwegian – has sparked protests from unions and others who are concerned that it would worsen safety rather than improve it.

Politicians have joined the fray, arguing in defence of the national tongue. Seafarers say it is mad to force two middle-aged Norwegians to speak English to one another, with possible fines if they do not. The national language board fears it will weaken the standing of the Norwegian language.

The proposal, from the Norwegian Coastal Administration (NCA), is now under consideration by transport minister Knut Arild Hareide, who commented: 'We have to have good rules at sea. It's crucial for safety and for working conditions for employees along our coast. This regulation is important for Norway.'

Areas along the coast where new rules, not just language requirements, will apply are also being adjusted. The language rules will, if adopted, apply for bridge-to-bridge and bridge to shore communication.

The SafeSeaNet reporting system shows that 73% of registered calls in Norway in 2019 had a non-Norwegian master, according to the NCA. The assumption is therefore that the person making the call has limited or no Norwegian.

While ships of 500 GT or more will have to use English on the VHF channels in the vessel traffic services (VTS) area, other vessels may use a Scandinavian language or English.

The Norwegian Maritime Pilots' Association said in a statement on the NCA's consultation that it had difficulty finding a situation along the Norwegian coast where the use of English would have prevented an accident or where the use of Norwegian or Scandinavian had caused mishaps or accidents. 'But on the other hand, we can say with certainty that poor language understanding, especially poor English skills, lead to many situations with varying degrees of seriousness. That navigators must today satisfy certain minimum abilities in English is unfortunately just a theoretical demand. Our daily reality is something else.'

The union chair, Johannes M Sivertsen, says in his submission that there is a long history of using either English or a Scandinavian language without problem or risk whereas if Norwegian-speaking seafarers need to warn other vessels of dangers, it would now have to be in English. And if Norwegians come to the rescue of Norwegians, they would also have to communicate in English. 'It makes no sense to us that using English will increase safety in cases like this. In fact, the contrary will be so.'

The union says pilots currently contact ships and determine whether communication should be in English or Norwegian. In this way, they ensure vessels receive and understand the information. It doubts that enough research or risk analysis has been done, and that communication in English is not as widespread as one might think. Most of the Norwegian coast is outside the VTS area and the pilots' union believes the same rules should apply all along the coast.

In the event of a crisis and heightened stress levels, being able to use one's mother tongue is normal and being forced to use English would only complicate the situation, they say. The union also doubts that International Maritime Organization-approved Standard Marine Communication Phrases (IMO SMCP) would be enough to manage the situation.

The IMO points out that under STCW regulations the ability to understand and use the SMCP is required for the certification of officers in charge of a navigational watch on ships of 500 GT or above.

While SOLAS calls for English, the pilots say it does not exclude the use of other languages if they make things clearer – citing reference to MSC.43(64): 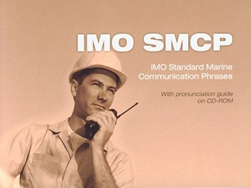 Regulation 14 of the Safety of Life At Sea (SOLAS) states: 'On ships to which chapter I applies, English shall be used on the bridge as the working language for bridge-to-bridge and bridge-to-shore safety communications as well as for communications on board between the pilot and bridge watchkeeping personnel, unless those directly involved in the communication speak a common language other than English.'

The IMO SMCP includes phrases developed to cover the most important safety-related fields of verbal shore-to-ship (and vice-versa), ship-to-ship and onboard communications. The aim is to get around language barriers at sea and avoid misunderstandings which can cause accidents.

An IMO spokesperson told Nautilus: 'Under STCW, the ability to understand and use the SMCP is required for the certification of officers in charge of a navigational watch on ships of 500 gross tonnage or above.'

She added: 'The language requirement is an important part of compliance, and thus they would be in breach if they were not able to use and understand English. There are actually a number of companies that offer English language testing as a service so that seafarers can show that they are compliant.'

Norwegian Maritime Officers' Association (NMOA) head of section Morten Kveim says his union's view is that the NCA language proposals will solve nothing in terms of risk reduction and in fact may increase risk by making communication problems more likely if people are forced into using a language that is not their own.

In September 2000, HMS Grafton ran aground in Oslofjord. He says the ship had no pilot onboard and the VTS tried to guide the ship out of the fjord using English.

The NMOA says certain areas, such as pilot boarding and other open areas, could be suitable for exemption from having to use English. Judgement should be applied to other areas in each case.

The Norwegian Maritime Authority backs the state position. It says a 'not inconsiderable' amount of vessels sailing along the Norwegian coast have bridge crew who are not Norwegian speakers.

NMA director general of Shipping and Navigation Lars Alvestad said in the agency's submission: 'If communication between the VTS and ship is in Norwegian, those on watch on other ships in the area, who do not speak Norwegian, will not be able to understand the information exchanged. Much of the information exchanged between VTS and ships may be of use to other vessels in the area.'

A panel of industry leaders at London International Shipping Week has identified geopolitical tensions, piracy, cyberattacks and pandemics as key security threats to the maritime industry.