After the P&O Ferries crisis of early 2022 drew public attention to the undercutting of pay and conditions in the maritime sector, Nautilus International seized the opportunity to resume its political campaign against the Offshore Wind Workers Concession (OWWC), which allows companies to skip the usual post-Brexit immigration restrictions and employ foreign nationals to join vessels engaged in the construction and maintenance of offshore wind farms. It has been repeatedly renewed since it was first established in 2017.

Nautilus general secretary Mark Dickinson explains the Union's opposition to the OWWC: 'For too long, employers in offshore wind have been able to take advantage of imported labour because of this visa waiver. In our opinion, the OWWC disincentivises employers from training UK maritime professionals and providing good job opportunities in the country's coastal communities. This is not sustainable or in line with government strategy as set out in Maritime 2050.

'Four and a half years after the waiver was introduced as a "temporary" stopgap measure, some in the industry still claim they won't be able to operate due to shortages of local labour. They have been given more than enough time to invest in training. It is right that this waiver should end, and that our maritime professionals should no longer be at a disadvantage.'

With Nautilus support, MPs pushed the government in Parliament on the OWWC issue during 2022. Key to this were two Labour MPs, Karl Turner (Labour, Kingston upon Hull East) and Ian Byrne (Labour, Liverpool West Derby).

In May, Mr Byrne asked the then-Home Office minister Priti Patel in Parliament whether the government would commit to ending the concession 'to ensure that UK seafarers can compete fairly for these jobs'.

After this, further discussions took place and Nautilus became cautiously optimistic that the Concession might be ended when the government once again extended the OWWC, but this time only for three months instead of the usual six. The Union received signals from government that this might be the final extension, subject to a review of the OWWC.

However, at the end of October 2022 the Union's hopes were dashed when the OWWC was extended for a further six months, until 30 April 2023.

The Union has heard from UK-based members that have lost their jobs as a direct result of this renewal.

After the renewal, Nautilus International and the RMT jointly wrote to new UK Immigration Minister Robert Jenrick to reiterate their calls to end the OWWC, pointing out that it undermines the government's commitment under the Maritime 2050 plan to invest in the maritime workforce, create green jobs and 'level up' coastal communities.

On 14 November Karl Turner MP once again raised the issue in Parliament, asking Mr Jenrick why the OWWC was extended. Mr Jenrick said that it was due to 'representations made to us by the industry', but also agreed to meet with Mr Turner to discuss any contrary representations he has heard.

This meeting is upcoming.

How you can help

Nautilus is gathering evidence from members who have been directly affected by the OWWC. The Union will use this to gain the support of constituency MPs to continue to build political support to end this disastrous concession

The Union urges any member with a story to tell to fill out this short online form.

A motion at Nautilus's UK Branch Conference also commits the Union to ending the OWWC. 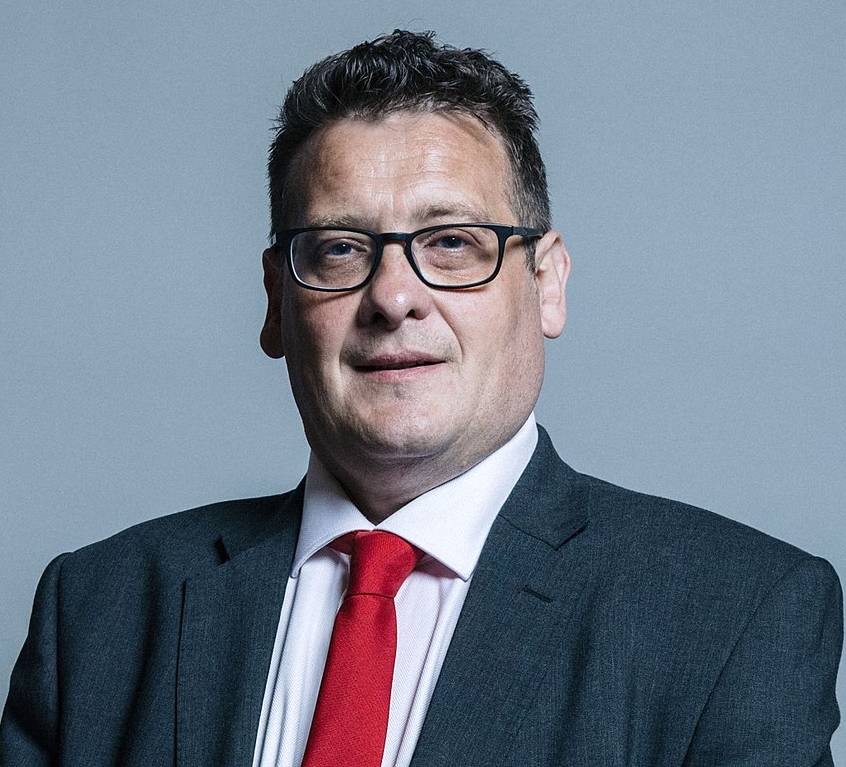 'At the beginning of our contracts we were informed that the ship will work on UK waters up to the end of next year. Unfortunately when the UK government extended the lack of visa/work permit requirements, straightaway we were verbally informed that our contract will not be extended and we will be replaced by "cheap workers".'

'Job is unsafe, redundancy notice has gone from 30 days to seven days.'

'I've applied for a lot of jobs without a successful outcome.'

'No winter work for UK CTV crew currently, so a flooded workforce will only make it more difficult to find a 12-month position.'

'I got 24 hours' notice that there was no job for me or the rest of the British crew onboard.'

'I have been fired from my ship and replaced by Filipino cheap labour force.'

'Why is this OK? What other industry would this be accepted in?'

Image: In the House of Commons, Labour MP Karl Turner pressed Minister for Immigration Robert Jenrick on why the government has continued to extend the OWWC. Credit: Chris McAndrew

Nautilus International and the RMT have jointly written to Immigration Minister Robert Jenrick after the Offshore Wind Workers Concession (OWWC) was extended until 30 April 2023 – the sixth time it has been prolonged.

After two years of enforced separation during a global pandemic, Nautilus International was pleased to welcome a good turnout of members for its first hybrid face-to-face and online UK Branch Conference since Covid-19 restrictions lifted.

The International Transport Workers' Federation (ITF) has condemned backtracking on commitments to workers at the COP27 climate summit, held in November at Sharm-el-Sheikh, Egypt.