Historians are sometimes accused of obscuring what events were actually like by using dry prose; not so this book, which begins with visceral descriptions of bodies washing up on beaches – bringing home the horror of shipwreck before plunging into the mystery of how a great maritime disaster could have occurred in peacetime, and with no storm raging. 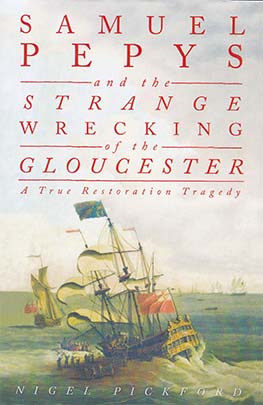 The frigate Gloucester was wrecked in 1682 with the loss of 200 sailors and courtiers, while carrying the younger brother of King Charles II: the unpopular James Duke of York, later crowned James II and then deposed. In this book, Nigel Pickford traces the mistakes that led to the sinking – from experiments with lead sheathing to a drunken carpenter – and explores the investigation and rumour-mongering that followed, plus the background and fate of those aboard.

Of particular interest are the political and social currents that surrounded the sinking, from the difficult personality of James and the criticisms of naval administrator Samuel Pepys to the details of the sailors' lives (their quarters were painted red, apparently so blood would not show up). Conspiracy theories, rumours and Catholic plots abound; anyone who thinks that we have only recently entered a 'post truth era' will be swiftly disabused of the notion.

This is a well-written book, but note that while it starts out in a gripping fashion it later goes into exhaustive detail – a definitive account that is a recommended read for those with a deep interest in naval disasters and the Restoration period.

Samuel Pepys and the Strange Wrecking of the Gloucester: a True Restoration Tragedy
By Nigel Pickford
History Press, £20
ISBN: 978 07509 97539

From War to Peace: The Conversion of Naval Vessels after Two World Wars By Nick Robins